GFWA was established in the 1970s. Bachy acquired 20% of GFWA’s shares in 1981 as part of its geographical expansion programme and to promote its techniques. By by the late 1980s Bachy became the sole owner of the company. During this time GFWA completed basements for the majority of high rises now visible in the Perth metropolitan area.

Bachy later on established its local headquarters in Sydney, with GFWA continuing its operations in Western Australia. By December 2003, Bachy sold most of its shares to the GFWA management team, but retained an agency agreement with GFWA for larger projects throughout Australia.

Further to the consolidation of Soletanche and Bachy into one company and joining Vinci, and the consolidation of the geotechnical contracting companies of the Group in 2009 as Menard Bachy in Australia, GFWA was considered to be a key player for the expansion of the Group, particularly in Western Australia. Since 2010, GFWA has became a wholly owned Soletanche Freyssinet company under the management of Soletanche Bachy, and continues to provide the best of its services through years of local knowledge and exceptional international expertise provided by the Group. 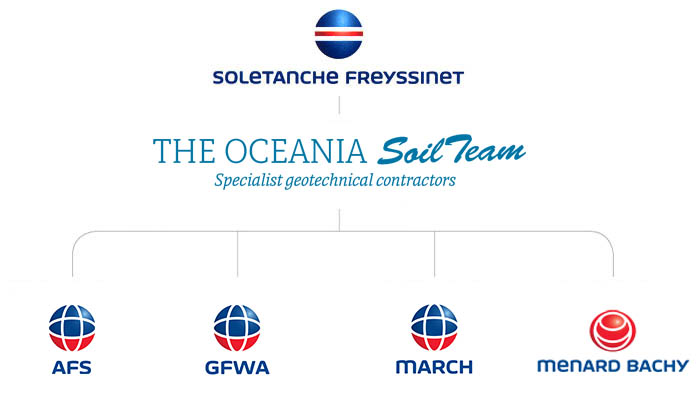 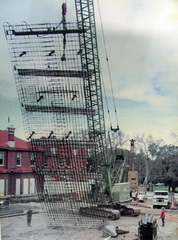 Construction of Diaphragm Walls in 1989 for Perth’s Exchange Plaza, and the tower today